The CRISPR patent landscape keeps on steadily growing, with an additional 70 patent publications last month. We have now monitored more than 1400 patent families in our latest CRISPR patent analytics data set. In the past few weeks, our patent landscape data was quoted in the WIPO magazine coverage of CRISPR, while our expert Fabien Palazzoli had the opportunity to present his latest findings at the Cell Line Development and Engineering conference in Amsterdam and to Deftech in Switzerland.

END_OF_DOCUMENT_TOKEN_TO_BE_REPLACED

The past 24 hours have brought new light and significant moves in the complex CRISPR patent landscape.

First (that was in European time zone!), our CRISPR expert Fabien Palazzoli celebrated the 1000th CRISPR patent family extraction out of the worldwide published patent databases. Our next monthly update will actually feature more than 1050 classified and categorized CRISPR patent families – more than 10 times the initial set of our first landscape release back in summer 2014!

END_OF_DOCUMENT_TOKEN_TO_BE_REPLACED

Earlier this month, we were interviewed by The Scientist regarding the side inventorship dispute between Feng Zhang and Luciano Marraffini on some of the Broad patent applications. Public registers at the USPTO, WIPO and the EPO expose further details of the otherwise un-publicized legal battles for invention ownership between their employers (the Broad Institute of Harvard and MIT and Rockfeller University), back from the 2012-2013 early filings.

END_OF_DOCUMENT_TOKEN_TO_BE_REPLACED 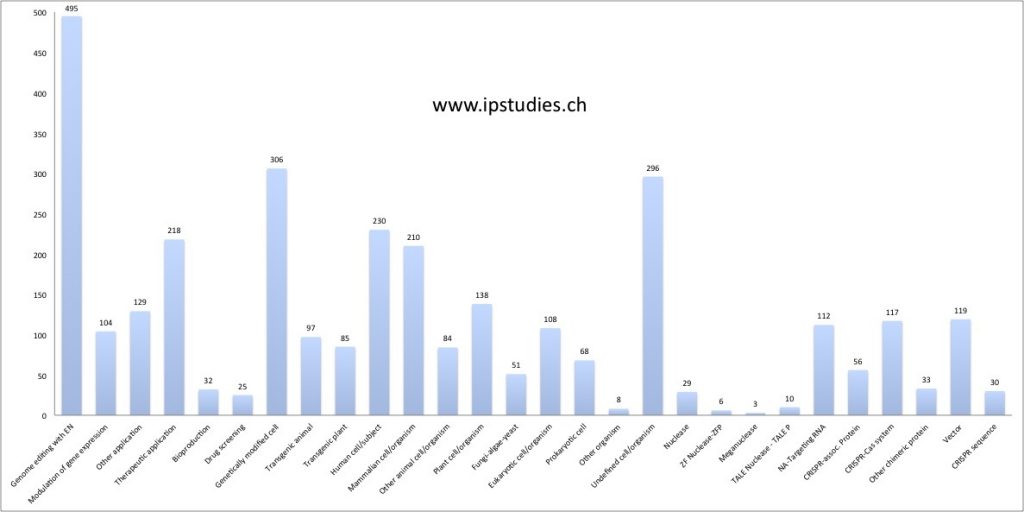 The recently published report from the EU expert group on patent aggregation gives an interesting snapshot of the current and anticipated trends in terms of patent markets from a diversity of primarily EU-based stakeholders perspective.